My daughter's boyfriend Seth asked her to go to the store and buy a baby book for his sisters baby shower.  My daughter told him "absolutely not.  My Mom makes baby books and they are so much nicer."  I guess I should feel honored!  LOL!  Anyway, they both liked the last album I made and asked if I could make another one.  Seth's sister is expecting a baby girl and doesn't like "pink".  I tried really hard to stay away from pink.  Seth and his family are from Ghana and really love soccer.  They wanted me to incorporate soccer if possible.  I didn't get much in but a few pieces did make it.  I found the Ghana uniform online and printed out the jersey on cardstock to create the front soccer player.  I used yellow, teals, red, and purples in this album.  I hope you like it.  Thanks for looking.

I was suppose to be working on my calling cards for Mania but didn't like how they were turning out. So, I chose to make a baby girl album for one of the waitresses at a restaurant that we frequent.  She is this tiny, little petite cutie, that is due in September.  She is so small that I thought she was just beginning to show.  She told me that she was having a girl but hadn't decided on colors or a theme yet.  I chose to go with pink and teal with a little purple, light blue, light green, and yellow thrown in.  I made the album using chipboard and cardstock by loosely following the directions from plans I had purchased.  I never seem to be able to follow directions exactly when it comes to crafting.  Anyway, the following pictures are the completed album.  Sorry but the ribbons were throwing shadows on some of the pics.  I hope you like and thanks for dropping by. 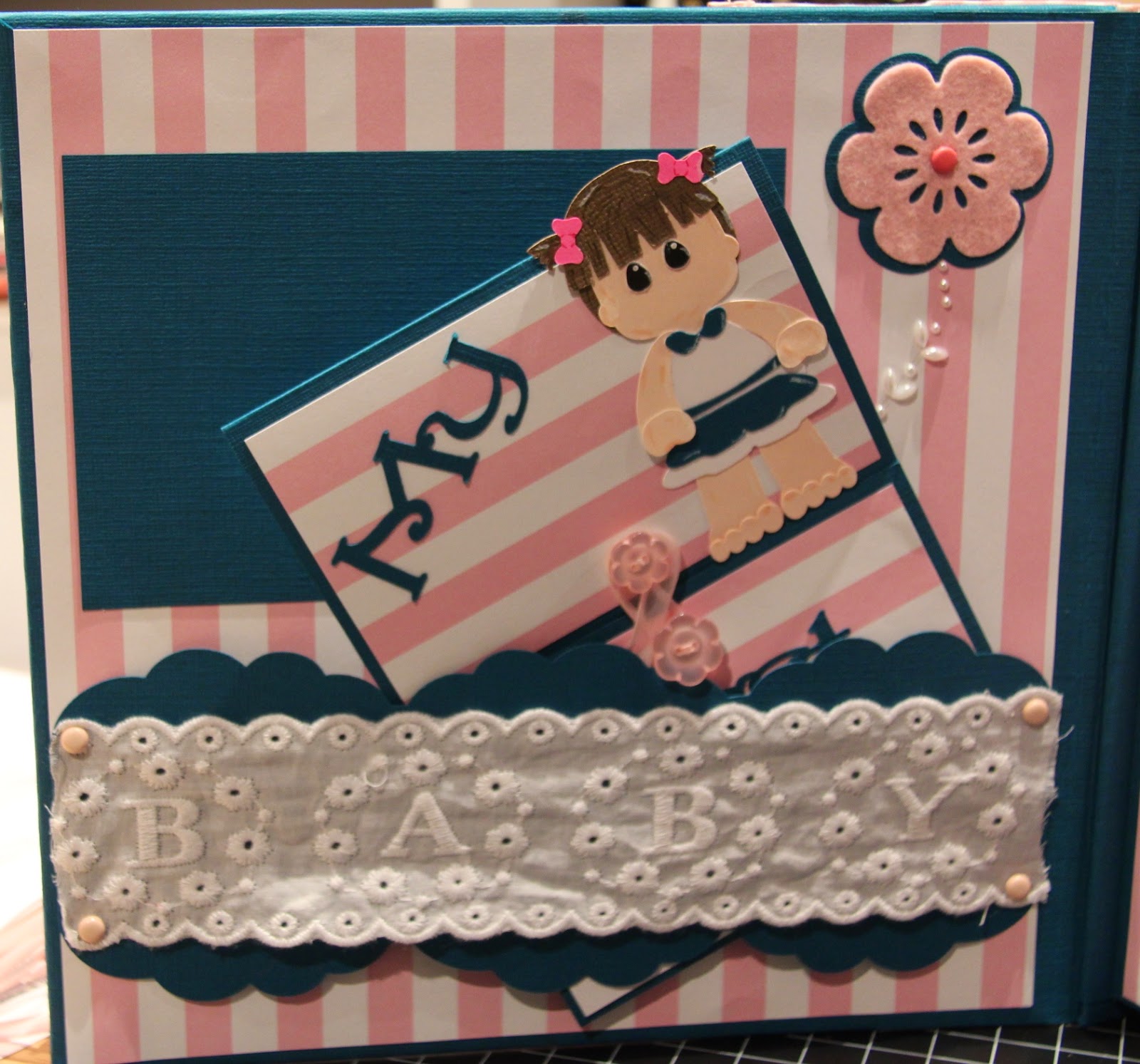 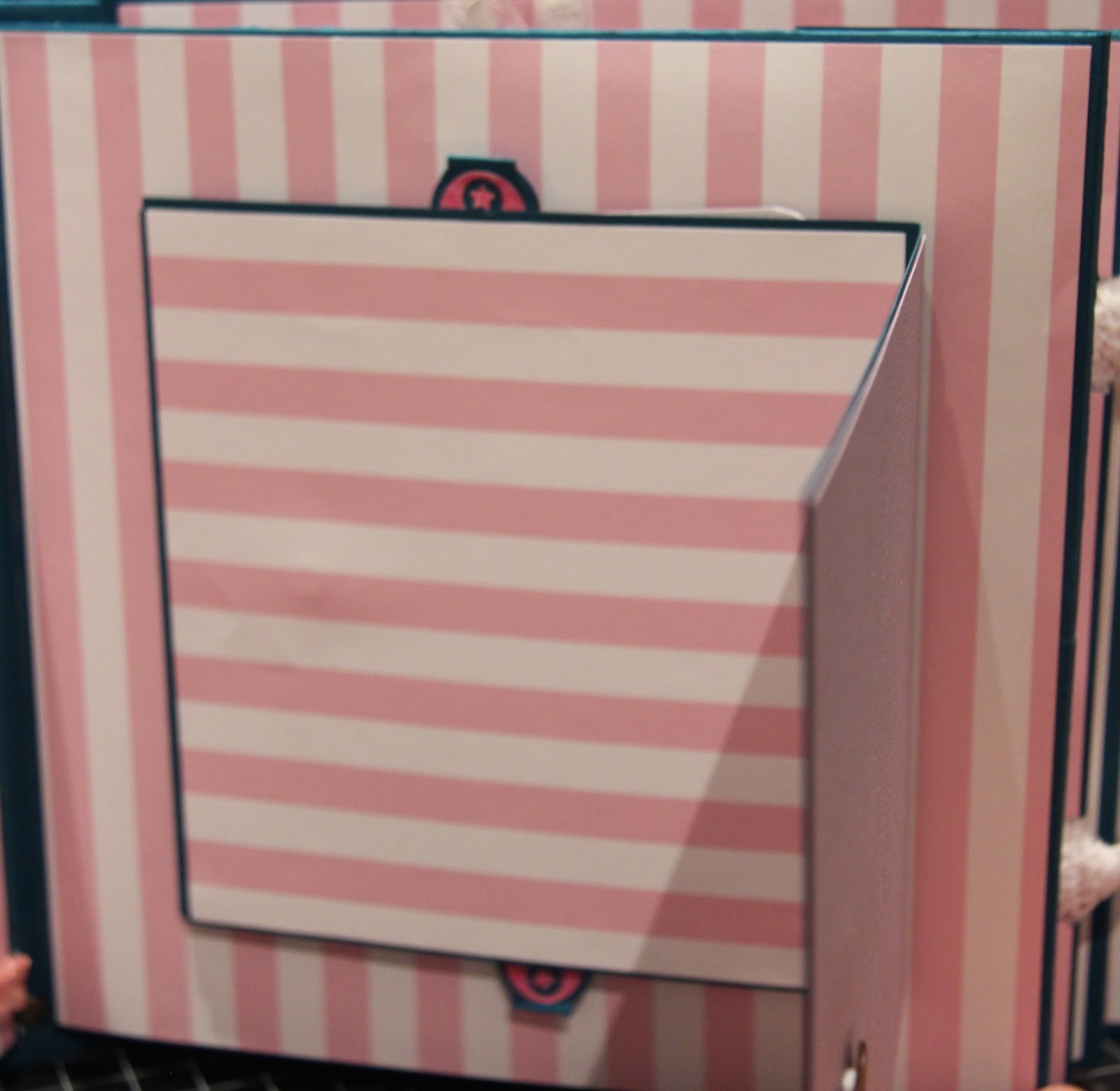